The Blue Cash Everyday® Card from American Express has won over some Nerds with its great cash-back rewards on grocery purchases at U.S. supermarkets combined with its $0 annual fee.

“I like it because it’s simple, and I don’t really have to think about it,” says Krishna Esteva, who heads the banking team at NerdWallet and uses the card for gas and grocery purchases. “I don’t have to think about the annual fee, and figure out, ‘Is it worth it?’ ”

Victor Wong, who manages small-business partnerships at NerdWallet, sees the grocery rewards as an incentive to improve his habits — to eat in rather than out. “Having it really encourages me to go the extra mile and cook myself some nice meals,” he says. “It’s good for your wallet and good for your health.”

The Blue Cash Everyday® Card from American Express offers 3% cash back at U.S. supermarkets for up to $6,000 in purchases each year, 2% cash back at U.S. gas stations and select U.S. department stores, and 1% back on everything else. It’s a lower-cost alternative to the Blue Cash Preferred® Card from American Express, which charges an annual fee of $95 but pays higher cash-back rates (including 6% at U.S. supermarkets on up to $6,000 per year in purchases).

Why did you get the Blue Cash Everyday® Card from American Express in the first place?

“I got a direct mail offer from American Express, offering a $250 cash bonus for a $1,000 spend over 3 months. That deal was too good to turn down,” says Wong, who applied for the card in January. After spending just over $1,000 on the card, he’s earned a total of $280 in cash-back rewards. “With the bonus, it was a no-brainer, because that’s effectively 28% cash back,” he says.

That standard introductory bonus offer — different from the special deal Wong received through the mail — is: a $150 statement credit after you spend $1,000 in purchases on your new Card within the first 3 months. Terms Apply. 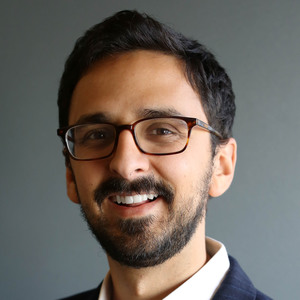 Esteva, the banking lead, first applied for the older version of the Blue Cash in 2010, when he was studying math at Massachusetts Institute of Technology, and switched to the Blue Cash Everyday® Card from American Express last year. The old version was designed for big spenders: It earned an unlimited 5% cash back at grocery stores, gas stations and drugstores, but only after you spent at least $6,500 each year; before meeting that threshold, the rewards rates were lower.

“At that point, I was my fraternity’s treasurer, so I would do grocery shopping trips for the house. So that’s why I got the Blue Cash when I did, so I could rack up those grocery rewards,” he says. Those grocery trips for his fraternity frequently totaled between $1,000 and $2,000 each, so meeting the threshold was easy, Esteva recalls. All in all, he ended up spending about $40,000 a year, adding up to thousands of dollars in cash back. But after he graduated, things changed.

“I wasn’t spending nearly enough to make that worthwhile. And so, I wanted to switch my AmEx to another card,” Esteva explains. “The Blue Cash Everyday fit best because of my spending habits.”

How do you use the Blue Cash Everyday® Card from American Express now?

Since getting the card, Wong has found a way to shop for almost anything — including medicine, cleaning supplies and hardware — at supermarkets. Because saving for retirement and keeping his spending low is a priority for him, he’s also started dining out less, and cooking at home more. 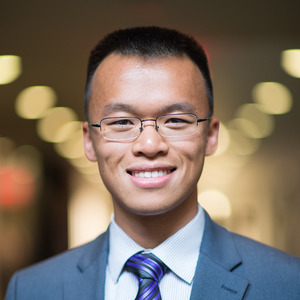 “I love to make dumplings, which is why I was so excited when this card worked at the Duc Loi Supermarket,” Wong says, referring to a store a couple of miles away from NerdWallet’s San Francisco office. “It’s a Vietnamese supermarket that has all the ingredients I need to make pork and chive dumplings. So I make a batch of 150 dumplings at a time, which will cost me less than $10. And then I freeze them all, because they freeze really well.” It takes him just two hours to make a batch, which lasts one or two months. For a quick meal each morning, he boils a few dumplings, mixing them up with bone broth, noodles and veggies.

“My favorite meal of the day is breakfast, so I try to take it pretty seriously,” he adds.

For Esteva, those $2,000 grocery trips are now behind him. “At this point, it’s just regular shopping. Just groceries and gas,” he says. One thing Esteva likes about the card is the simple redemption. “I literally just apply [the rewards] as a statement credit whenever I hit the $25 threshold,” he says. On the new version of the card, Esteva’s earned about $100 so far, he estimates.

What’s your favorite feature on this card?

“No annual fee. And a very simple heuristic,” says Wong, who uses the card exclusively for U.S. supermarket purchases. “When I was debating between this and the 6% version, I felt that I wouldn’t be able to hit the weekly average spend level to justify the annual fee of the 6% card.”

He adds, “The user interface is wonderful. It makes it very straightforward to pay my bill and manage my rewards.”

Esteva says he’s “used the FICO score before. And in general, I like AmEx’s customer service. They’re easy to work with.”

Esteva has also used the card’s primary rental car insurance. Many cards — including the Blue Cash Everyday® Card from American Express — come with secondary rental car insurance. That means that if you’re in an accident in a rental car, your regular car insurance will get billed before your rental coverage. But AmEx lets you add on primary coverage for a flat fee, which could save you from having to file a claim with your own insurer and paying increased insurance premiums as a result.

Some of the card’s attractive features aren’t easily quantified. Says Esteva, “I just like the card because it looks cool. That’s one of the original reasons I got it. It’s see-through!”

Is there anything you don’t like about the Blue Cash Everyday® Card from American Express?

“Not in particular,” Wong says. But it’s also not the only card he uses, he notes.

He says he uses the Citi® Double Cash Card – 18 month BT offer for all day-to-day spending other than at supermarkets. That includes “restaurants, the occasional Lyft or Uber, or bills and other expenses.” Wong also uses the Chase Freedom® for its rotating 5% categories. He was interviewed during the second quarter of 2016, when the 5% category was grocery stores, so he was using the Chase Freedom® at the supermarket; he planned to switch back to the Blue Cash Everyday® Card from American Express when the calendar flipped to July. He also recently signed up for the United℠ Explorer Card because he got a targeted bonus.

Like Wong, Esteva also divides his spending strategically across a small collection of high-rewards cards. “I guess it depends on how much you want to optimize, right?” he says, noting that the Blue Cash Everyday® Card from American Express isn’t his go-to for every purchase he makes. “I’d normally want use the Citi Double Cash or the [Capital One] Quicksilver for an everyday purchase.” He also uses a fourth card for travel purchases, and a fifth card for restaurant spending.

The math might work out differently for someone else, he adds. For him, the Blue Cash Everyday® Card from American Express is a low-maintenance complement to the rest of his credit card portfolio.

“I want rewards that I don’t have to think that much about to capture,” Esteva says. “That’s why I like the Blue Cash Everyday, as opposed to a rotating category card. I could probably get 5%, if I tried to optimize it on the Discover or Chase Freedom. But it’s just not worth the effort. I’d just rather get 2% or 3% and not think about it.

“My reason for using it is relatively straightforward: rewards, easy redemption.”