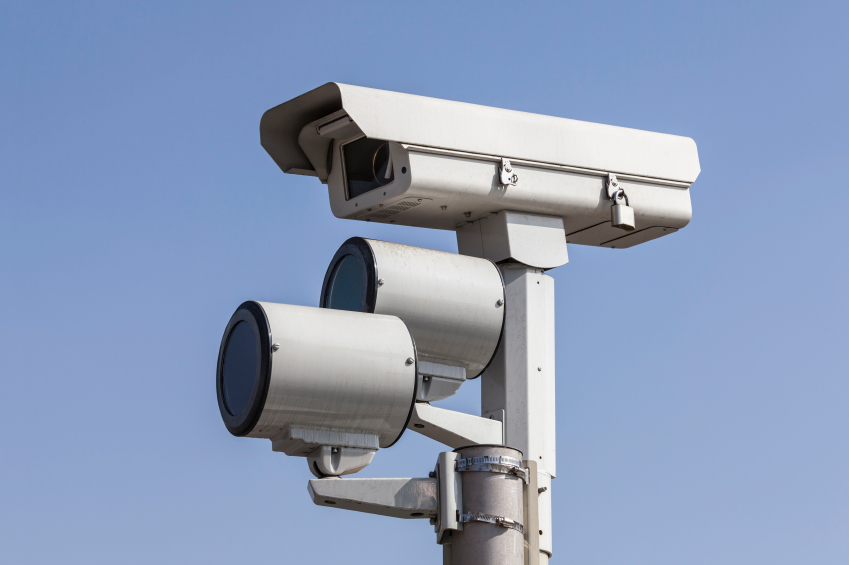 Crashes involving drivers who run red lights kill hundreds of people a year and injure many more. In an effort to reduce red-light violations, cities across the country have installed traffic cameras to catch violators and issue red-light camera tickets. What effects do these citations have? In some states your car insurance rates could go up, while in others these tickets-by-mail have no impact.


[Tickets? You might be able to get a better deal by comparing quotes through NerdWallet’s car insurance comparison tool.]

While hundreds, if not thousands, of cameras have been installed, research on whether the cameras actually make roads safer is inconclusive. Critics say camera programs are more about making money for cities and camera companies than improving safety, and 10 states have prohibited their use, according to the Governors Highway Safety Association.

But other study results aren’t as clear-cut. A 2005 evaluation by the Federal Highway Administration found a decrease in right-angle, or T-bone, crashes, but an increase in rear-end collisions at intersections with red-light cameras.

A study commissioned by the Chicago Tribune last year found that cameras in that city reduced T-bone crashes by 15% – not the 40% claimed by City Hall – and increased rear-end crashes with injuries by 22%.

Dominique Lord, an associate professor at the Texas A&M University Zachry Department of Civil Engineering who led the Chicago study, says red-light cameras can work but should not be used blindly.

“Red-light cameras are just one tool among others,” he says.

Strapped for cash, many communities have installed cameras without thoroughly analyzing the intersections and exploring other methods of reducing crashes, such as timing lights to improve safety and improving intersection design, he says. After making proper design and operational changes, red-light cameras may not be necessary in some instances.

Etienne Pracht, an associate professor at the University of South Florida College of Public Health, says the insurance industry may have a conflict of interest in supporting red-light cameras. In states where they’re allowed to do so, insurers can use violations as grounds to raise car insurance premiums, without having to pay out more in claims, he says.

In a 2012 article published in the Florida Public Health Review, Pracht and other University of South Florida researchers slammed the 2011 IIHS study. They concluded it was “logically flawed and violates basic scientific research methods that are required for a study’s findings to be valid.”

The Insurance Institute for Highway Safety notes that in most jurisdictions, red-light camera tickets don’t appear on motorists’ driving records, so they don’t affect insurance rates. Some states don’t allow insurers to use camera tickets against drivers.

“And most of them were conducted by traffic safety experts and government agencies not connected with the insurance industry,” he said in an email. He pointed out that the 2011 study showing reductions in fatal crashes was published in the peer-reviewed Journal of Safety Research.

Traffic camera companies contract with local governments to install the cameras and in some cases, share revenue from tickets — another issue raised by critics.

Chicago’s red-light camera program has led to a guilty plea. The former CEO of the city’s first red-light camera vendor, Redflex Traffic Systems Inc., pleaded guilty to a federal bribery charge in August. Karen Finley funneled cash and other gifts to a city official and his friend to help persuade the city to award contracts to Redflex, according to the plea agreement announced by the U.S. Attorney’s Office in Chicago.

The city of Chicago is suing Redflex for $300 million on the grounds that the contract was built on a bribery scheme, according to the Chicago Tribune.

Pracht said that if municipal officials were really concerned about safety, they would make yellow lights last longer and increase the time when the light is red in all directions, giving drivers more time to react and stop at the intersection.

Instead, he says, some cities have been caught shortening the yellow-light time where red-light cameras are installed.

Studies show that increasing yellow-light timing to guidelines recommended by the Institute of Transportation Engineers can decrease red-light violations and risk for crashes. The engineering institute also recommends a phase when all signals are red.

But light-timing tactics alone may not be sufficient. An IIHS study in Philadelphia found that lengthening the yellow timing by about one second reduced red-light violations by 36%. Adding camera enforcement cut red-light running by an additional 96%.

A 2011 report by the U.S. Public Interest Research Group warned against treating red-light cameras “as a cash cow for municipalities and private firms.”

The consumer group highlighted troubling contracts that limited local government discretion for enforcing traffic regulations. Some contracts imposed potential financial penalties if city engineers lengthened yellow lights, for example. Some required cities to issue tickets on all right-on-red turns made without coming to a complete stop.

Turning off the cameras

Some cities have pulled their red-light cameras. A total of 442 communities now have red-light camera programs, according to the latest count by the IIHS, down from 533 in 2012.

Common reasons cited for shutting off the cameras are reductions in camera citations, difficulty paying for the program because fines are shared with state government and community opposition.

Chicago is keeping its red-light camera program. But under a city ordinance approved in May, the Department of Transportation must hold a public community meeting before any red-light camera system is installed, removed or relocated. The department says it is scheduling meetings to discuss removing 50 cameras from about 25 intersections.

A red-light camera ticket and your car insurance

Controversy aside, a red-light camera ticket will cost you, but the penalties may be lighter than if a police officer had pulled you over. For example, the fine may be lower, points might not be assessed and the ticket may count as an administrative violation, similar to a parking ticket, versus a moving violation, which would go on your driving record. Typically a violation that doesn’t go on your driving record won’t lead to higher car insurance rates.

Laws on how red-light camera violations are treated vary by state. Here are some examples from the Governors Highway Safety Association:

Whether your rates will go up after a ticket appears on your driving record depends on your insurance company. Typically, the more points you have on your record, the higher your car insurance premium. A single ticket may not affect you, but a second offense might. Your insurer will adjust your rates at renewal time, so you won’t see a spike as soon as you get a ticket.

Each insurance company has its own approach to setting premiums, which is why it’s so important to compare rates, whether you have a camera or traditional ticket or your driving record is clean.