New data from the U.S. Department of Education show that 518 borrowers’ federal student loans have been canceled via Public Service Loan Forgiveness as of March 2019.

While fewer than 1% of those who have applied for forgiveness have been successful, the low approval rate isn’t necessarily unexpected — and it doesn’t mean PSLF is hopeless.

In a statement to NerdWallet, Education Department Press Secretary Liz Hill said: “The Department expects few people to be immediately eligible for a loan discharge under the Public Service Loan Forgiveness (PSLF) Program.”

In part, that’s because it takes at least 10 years to qualify for PSLF — the first borrowers became eligible in October 2017 — and the program has many complexities to navigate. Success should become more common as those holdups become less of an issue. Here’s why.

Some borrowers haven’t made enough payments

A lack of qualifying payments is the most common reason PSLF applications are rejected, accounting for more than 50% of all denials, according to department data.

You must make 10 years of on-time, in-full payments to qualify for PSLF. Employment gaps, missed renewals for payment plans and other periods of non-payment, like loan forbearance, that happen during that time frame could delay potential forgiveness.

Borrowers should expect to be in repayment for an additional year or two due to such interruptions, says Paul S. Garrard, president and founder of PGPresents, an independent student loan counseling company in Shepherdstown, West Virginia.

“I think it is realistic to expect to see significant [forgiveness] numbers in 2021 or later.” Garrard says.

If you do qualify for PSLF but apply too early, your rejection notice will include how many payments short you are, so you’ll know when it makes sense to reapply.

Sixteen percent of PSLF applications are denied because the borrower has the wrong type of loans, according to department data. Only federal direct loans qualify for PSLF; older loans from the Federal Family Education Loan program do not.

“FFEL loans are federal, but they were not made by the federal government,” says Garrard. “Hence, they are not considered eligible loans.”

FFEL borrowers can consolidate these student loans to qualify for PSLF. Consolidation restarts the payment clock, though, meaning you would have to make 120 payments on the new consolidated loan before receiving forgiveness. Those who took this step after the FFEL program ended in 2010 could be eligible for forgiveness as early as 2020.

Some used the wrong repayment plan

These borrowers can request forgiveness under an alternate version of PSLF, known as Temporary Expanded Public Service Loan Forgiveness. This program was introduced in 2018, and according to department data, 442 TEPSLF requests have been approved to date, with an average balance of $39,723 forgiven.

PSLF’s low approval rate can also be attributed to borrowers applying who shouldn’t.

The Education Department offers a PSLF Help Tool outlining the program’s qualifications. However, the best way to confirm your eligibility is to submit an Employment Certification Form. Providing an ECF is not required, though borrowers are encouraged to do so.

“Without the critical information provided on the ECF, the Department has no way of knowing which borrowers may potentially be interested in or eligible for PSLF,” Hill said. “Submitting an ECF annually reduces the possibility of an unexpected outcome for borrowers.”

Borrowers who skip the ECF may learn too late that they don’t qualify for PSLF. If you find yourself in this situation, stick with income-driven repayment — which forgives any remaining loan balance after 20 or 25 years of payments — and look at other student loan forgiveness programs. Either may provide eventual relief from your debt. 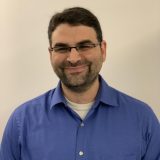 Ryan Lane is a NerdWallet authority on student loans. He has worked in the student loan industry for more than a decade. Read more