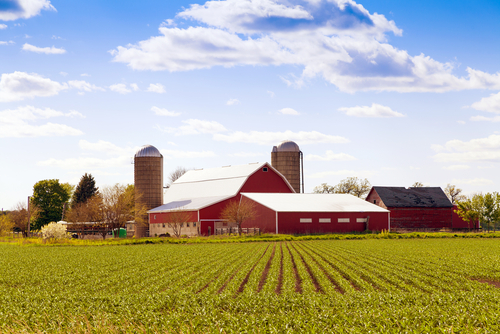 Even though its economy doesn’t often make the headlines, Iowa weathered the recession better than the rest of the nation. The 4.4% unemployment rate is 2 points below the national average, and the state never once cracked 7% even during the peak of the recession when the national average jobless rate was over 9%, according to Bureau of Labor Statistics data. As well, strong manufacturing, financial services sectors and low business taxes have all helped Iowa’s economy improve for eight consecutive months, as shown by an index published by the Iowa Department of Revenue.

Given the healthy economy and a homeownership rate 7% above the national average, it’s a good bet that buying a home in Iowa is likely to pay off. However, choosing a location can sometimes be difficult, so NerdWallet crunched the numbers to find the best places for homeownership in Iowa. Here’s what the top cities had in common:

NerdWallet looked at 38 communities in Iowa with more than 10,000 residents to determine which were the best places for homeownership. Our analysis answered three main questions:

Best Cities for Homeownership in Iowa

Waukee tops our list of best cities for homeownership in Iowa with both the highest rate of homeownership at 89.3%, and the state’s biggest growth in population with a 14.7% increase from 2010 to 2012. Waukee’s businesses see the benefits of Iowa’s low property and sales taxes, which could be the reason for the city’s low unemployment rate of 0.5%, according to U.S. Census Bureau surveys. Local employers include Atlantic Bottling Company, an independent bottler and distributor of Coca-Cola products; lumber company Gilcrest Jewett; and Quad Graphics, a directory printer. Waukee, just 17 miles from downtown Des Moines, is becoming a top destination for homebuyers and employers alike.

North Liberty, a suburb of Iowa City, has the advantage of being located within commuting distance to Cedar Rapids and Iowa City, while still being near to outdoor recreation areas. North Liberty is about 7 miles south of Hawkeye Wildlife Management Area, a 13,708-acre state park for hunting, wildlife watching and boating. To the east, residents have access to Lake Macbride State Park, a 2,180-acre park with sandy beaches, boat ramps and recreational areas for swimming, camping and hiking. With the nearby recreational opportunities and a low monthly median homeowner cost of $1,382, it is no wonder North Liberty has the second-highest population growth on our list.

The city of Johnston has a strong population growth at 10.1%, and a homeownership rate just shy of 80%. While Johnston has the highest median home value in Iowa at $238,400, this is offset by the second-highest median monthly household income of $7,835. Johnston is home to Camp Dodge, where the Iowa National Guard is based, Iowa Public Television and the Paul J. and Ida Trier House, which was designed by Frank Lloyd Wright.  Additionally, the town plans to redevelop the 123-acre Merle Hay Road Gateway area into an economic hotspot, with better access to recreation on the river, construction of luxury and more-affordable houses, tourism and hospitality businesses.

Joining our list as the third city in the greater Des Moines area, Urbandale is by its own account, “a modern suburb that has not yet forgotten its small-town charm.” The combination of factors must work since 97% of residents positively recommended Urbandale as a place to live, according to community-run surveys taken in 2013. Homeownership costs take just 22.7% of income in Urbandale, and a 5.1% growth rate supports an already strong population of over 39,000 to give Urbandale good marks for homeownership.

Altoona is a great place for all kinds of fun with Adventureland, a family-oriented amusement park, and Prairie Meadows Racetrack, where you can play the horses or gamble at the casino. But it’s not all play in Altoona, where the unemployment rate of 3.3% is below the national average. Facebook took notice of Altoona when it decided to make the city the site of a 476,000-square-foot data center. According to Facebook, the construction of the first phase of the center required more than 435,000 hours for over 460 workers. Facebook also plans to build a second data center to bring the project to a total value of $1 billion.

Marion has made a name for itself as an Iowa hub for the arts, especially every May at the Marion Arts Festival. The Art Fair SourceBook ranked the Marion event as the best one-day show in the country, and it took second place for the best return on your investment. Marion also is home to the Granger House Victorian era museum, and the Marion Heritage Center, a cultural and historical center. The city recently celebrated the opening of the Klopfenstein Amphitheater for the Performing Arts. For more active pursuits, residents have their choice of two in-town golf courses and three more just outside town.

Although Clive has the second-highest median home value in Iowa at $228,900, its residents also bring home the highest monthly median household income, so they pay only 21.7% of their income toward homeowner costs. Clive’s strong economy has benefited from being an affiliate of the Greater Des Moines Partnership, which brought $385 million into the regional economy in 2013. Highways 35 and 80 help Clive’s image as a commuter and business friendly location, but for those looking to park their vehicle, the city has a paved 11.3-mile bike trail, which continues onto the 89-mile Raccoon River Valley Trail.

Bettendorf is the only city on our list near the large city of Davenport, and it is also considered one of the “Quad Cities” on the Mississippi River. The city of about 30,000 offers not only quick access to the Mississippi, but it also was given an honorable mention by the League of American Bicyclists for its bicycle friendly community. Economically, Bettendorf has an unemployment rate of 2.6%. The major employers include Alcoa, the aluminum producer, and Isle of Capri Casinos.

Marshalltown is a great place to live for those looking to save on housing, since the median home value is just $97,600. But residents here are in for a serious commute to the nearest big city with over 50 miles to Des Moines to the south, and nearly 60 miles north to Waterloo. Even though Marshalltown isn’t near a major metropolitan area, it is by no means a place with nothing to do. Marshalltown is the county seat of Marshall County, and the home of Marshall Community College, which has basketball, baseball and volleyball games open to the public.

Check out the interactive map for our top 10 cities in Iowa. The darker the color of the point, the more affordable it is according to our affordability score. Click on points to view more information.

For this study, we analyzed places 38 places in Iowa with a population of 10,000 or more.