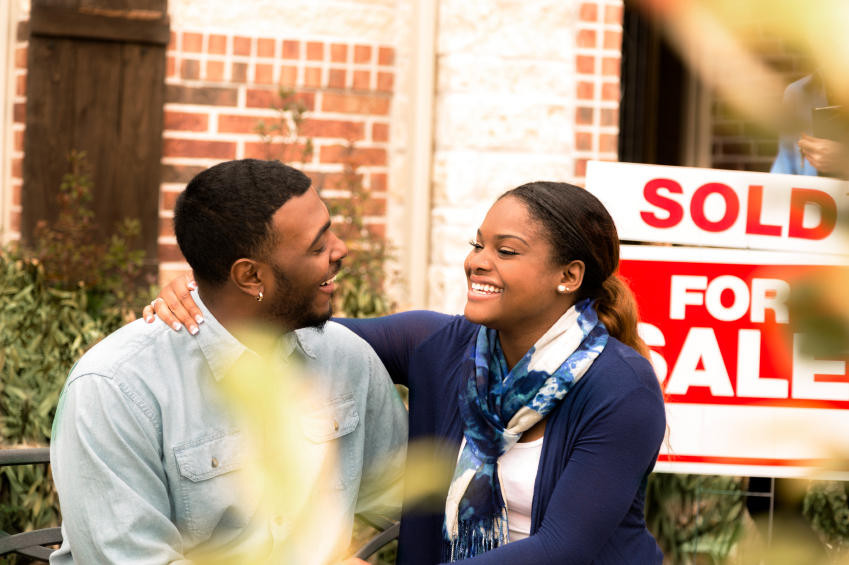 Home affordability, as measured by the National Association of Realtors Housing Affordability Index, has taken an incremental turn for the better. That means it may be just a little bit easier to buy a home.

The latest report, reflecting August data, shows the median price of a single-family home edged lower, while median family income notched a fraction higher. Combined with continued low mortgage rates, the index rose to its highest level since May — and in this case, the higher the number, the better.

The NAR’s composite Housing Affordability Index rose to 157.7 in August, improving from 154.5 in July.

Home affordability still worse than a year ago

NAR reports a slight improvement in home affordability from July to August on a national basis as median home prices dipped slightly from $233,400 to $230,200, while median household income notched a bit higher, from $67,614 to $67,752.

“This year-on-year slippage reflects the well-known fact that home prices have been moving up at a rate much faster than incomes, year after year,” Brad Hunter, chief economist for Metrostudy, a real estate research and consulting company, tells NerdWallet. “That said, homes are still much more affordable than they were during the boom, and mortgage rates are still extremely low, which helps all of the affordability measures.”

Jeff Taylor, managing partner of Digital Risk, a mortgage risk analysis company, agrees that sluggish wage growth is a culprit in lagging home affordability but points to another factor as well: fewer homes for sale.

“Prices are rising because of continued low inventory,” Taylor tells NerdWallet. “There are still too many households with low equity and too many families who have yet to see improved finances since the recession, so those families are not putting their homes on the market.”

NAR’s report is in line with the data RealtyTrac has compiled lately, according to RealtyTrac vice president Daren Blomquist.

“Buying a home has actually been more affordable this year than last year, despite rising home prices, thanks primarily to falling interest rates,” Blomquist says. “Just when we think interest rates are as low as they can go, they go a little bit lower, helping buyers eke a little more buying power out of their income.”

And Blomquist notes that the pace of home price appreciation is slowing.

“Nationwide we’ve now seen 17 consecutive months of single-digit year-over-year price appreciation, and it was under 4% in the four months ending in July,” Blomquist tells NerdWallet. “And as much as some politicians looking to stir up class warfare may want to deny it, we are actually seeing income growth gain some traction.”

How much house can I afford?

But Digital Risk’s Taylor is quick to throw a caveat on NAR’s affordability index. The study’s methodology is based on a 20% down payment and monthly housing costs limited to 25% of gross monthly income, even though in many markets homeowners spend far more on housing.

“Many financial advisors say you should spend no more than 30% of your income on housing costs, and lenders typically look for borrowers to spend a maximum of 28% on their housing costs,” he says. “In places like San Francisco, though, families spend 41% of their income just on their mortgage payment, according to research by Zillow. So it’s always important to recognize the nuances of individual markets and neighborhoods; some families can afford to spend more on their housing costs because they don’t need a car, for example.”

“Our recent affordability analysis of 582 counties nationwide found that if interest rates ticked up 25 basis points in the first quarter of 2016 — assuming wage growth and price growth continue to rise at the same pace as this year — buyers making the average weekly wage would need to spend more than 43% of their income to buy an average-priced home in 30% of markets nationwide,” Blomquist says. “That’s bad news, because 43% is the maximum amount they really can spend given the CFPB rules for qualified mortgages.”

Besides the threat of rising interest rates, most of the large homebuilding companies in the country have continued to shy away from building entry level homes in the past few years, Metrostudy’s Hunter says.

“Lot prices heavily influence the price points for the homes they build, and lot prices are now higher in many parts of the country than they were at the peak of the boom,” Hunter adds.

And yet, some home builders are beginning to focus on serving first-time homebuyers, including DR Horton, which has a subsidiary that builds homes for less than $200,000, and LGI Homes, Hunter tells NerdWallet.

“I expect that builders will soon start to look at buying lots in more remote locations, farther from the urban core of the various cities where they build,” Hunter said. “This shift has just started, mostly driven by Horton and LGI, plus some smaller single-market builders, but I think the trend will gain momentum over the next few years.”

However, Hunter says most of the national building companies find that the entry-level market remains insufficiently profitable.

“It will still be difficult for first-time homebuyers to afford a new home, even after this shift to the periphery takes place.”