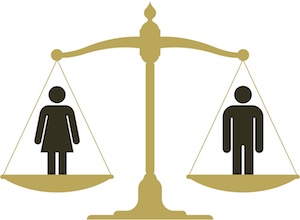 Seeing women use their own credit cards and apply for their own loans is so common that it’s easy to forget how far we’ve come in the past 40 years. But the road to getting here was bumpy, paved with obstacles to equality that seem shocking by modern standards.

Interested in learning more about the history of women and credit? Take a look at the details below.

Back in the bad old days

When it comes to credit – and money matters in general – women had few rights before the 1970s. Back when our grandmothers were moving into their adult years, it was impossible for them to get a credit card or any type of loan in their own names. Even if they were wealthy or had a good job, credit accounts could only be obtained through their husbands or fathers.

Compounding the problem, women struggled to gain equal access to the workforce. It was legally and socially acceptable to deny a woman a job simply based on gender or to pay her considerably less than her male counterpart.

This began to change with a wave of legislation that came out of the women’s liberation movement of the 1960s. In 1963, President John F. Kennedy signed the Equal Pay Act, which outlawed pay discrimination based on gender. A year later, President Lyndon Johnson signed the Civil Rights Act, which took steps toward eliminating various forms of social and workplace discrimination based on race and gender.

But in terms of credit, it wasn’t until the 1970s that things began to change.

Many historians agree that the movement toward credit equality started with a seemingly unrelated series of changes to state divorce laws that began in the late 1960s. In 1969, California was the first state to introduce no-fault divorce, and other states followed suit. No-fault divorce laws made it much easier for women to end unhappy marriages, which was a great stride in the women’s rights movement.

It also presented a problem: Without a husband, women found themselves unable to get credit cards or purchase their own homes. No law specifically stated that women be given equal access to credit.

This led to the passage of the Equal Credit Opportunity Act in 1974. The ECOA made it illegal for lenders to deny loans of any kind to a person on the basis of gender. This opened the world of credit to women for the first time: credit cards, auto loans, and mortgages were available to any woman who could afford them. Women entered a new era of financial independence.

Making the most of your hard-won credit

These days, women are making a lot of smart choices when it comes to their credit. In fact, new data shows that, on average, women have higher credit scores and lower amounts of debt than men.

Even so, it’s important for women to take steps to safeguard their credit, especially since as of 2012 they earned 23% less than men. Here are a few ways for women to keep their credit in good shape:

The bottom line: It’s been 40 years since the passage of the Equal Credit Opportunity Act gave women equal access to credit. A lot has changed since then, but women still need to take steps to ensure their credit stays in good condition. After all, now that we have credit, it would be a shame to make a mess of it.