Given all the ways that Americans stay in contact with each other, people who work in technology should be able to ply their trade from anywhere in the country with a fast, consistent internet connection. In theory.

It turns out, location still matters when it comes to conceiving and building the next tech thing. It’s why developers, engineers, designers, database administrators and all other manner of tech genius pile into Silicon Valley and a handful of other places around the country.

NerdWallet analyzed 381 U.S. metro areas with populations over 50,000 using data from the Labor Department’s Bureau of Labor Statistics and the U.S. Census Bureau’s American Community Survey to identify the regions that balance opportunity for tech workers with cost of living. To see the data, click here.

The top metro areas have lots of people and tech employers. Seven of the top 10 metro areas for tech jobs (and 15 of the top 20) had over 500,000 residents. The top 10 places had an average population of 2.1 million. A few tech giants make repeated appearances in the list — Google, Apple and IBM.

Where the federal government sets up shop, tech jobs follow. Three metro areas in the top 10 had strong job options at a variety of federal departments and agencies. Two places had major research facilities (Huntsville, Alabama, and California-Lexington Park, Maryland), and one was the seat of the federal government — Washington, D.C., and its metro area.

Top cities are pricey, but salaries are high, too. The median gross rent — a U.S. Census Bureau metric, which includes the costs of monthly rent, utilities and heating fuels — for the top 10 metros averaged $1,340, significantly higher than the average overall median rent at $882. Meanwhile, median tech salaries in the top 10 averaged $101,118 annually, compared with an average of $75,707 for all 381 metros. 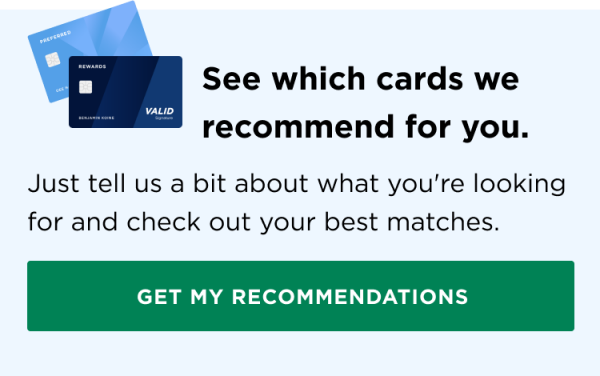 If you can think of a big tech company, chances are that it’s headquartered, or at least has a major office, in the San Jose-Sunnyvale-Santa Clara metro area, one of two Silicon Valley areas in the top 10. Google. Apple. Intel. Netflix. They all have corporate offices in the region, and more startups are popping up all the time. With thousands of tech workers flocking there every year, it ranks first for technology-related employees per 1,000 jobs (134 per 1,000) and median annual salary ($121,064). It also is the least affordable metro area in our analysis, with median gross rent of $2,044.

Home to NASA’s Marshall Space Flight Center, which designs, builds and tests vehicles and systems for piloted space flight, it’s no surprise that workers in tech fields flock to Huntsville. The region ranks seventh with just over 63 tech-related employees per 1,000 jobs. However, what vaults it even higher in our analysis is its affordability. Huntsville has by far the lowest median gross rent in the top 10 metros at $785 a month. That’s No. 233 in our analysis of 381 places.

The Seattle metro area is headquarters to big tech employers such as Amazon and Microsoft, and though the Boeing Co.’s corporate offices are no longer there, it’s still home to many of the company’s operations. The region ranks third in our analysis for tech employees per 1,000 jobs, and fifth for median annual tech salary, $103,320. Meanwhile, living here is on the pricier side at $1,325 a month in median gross rent.

Tucked away on the wooded shores of the Chesapeake Bay, about 60 miles from Washington, D.C., the California-Lexington Park area might seem a strange destination for tech workers. The draw: the Patuxent River Naval Air Station, which hosts, among other facilities, a research and development division for military aircraft. The area ranks second in our analysis for job opportunities, with 83 tech employees per 1,000 jobs.

Perhaps as well known for its college basketball powerhouses as its status as a tech hub, the Durham-Chapel Hill area is the second most affordable metro in our top 10, though it still ranks in the top third of the highest median gross rents in our analysis at $947. In addition to being home to two universities, Durham-Chapel Hill also hosts locations of employers like IBM and Cisco.

The third corner of the Triangle, as the region is known, the Raleigh area also has its share of large employers, including the analytics firm SAS, in Cary, and computer-maker Lenovo in Morrisville. Like Durham-Chapel Hill, it’s affordable relative to the rest of the top 10 at $1,026 a month for median gross rent. Meanwhile, it ranks eighth in our analysis with nearly 63 tech employees per 1,000 jobs.

Encompassing the nation’s capital as well as nearby suburbs in Maryland and the sprawling region known as Northern Virginia, the Washington, D.C.,-Arlington-Alexandria region doesn’t just host much of the machinery of the federal government. It’s also home to the many contractors that do business with here, such as Lockheed-Martin (Bethesda, Maryland) and Booz Allen Hamilton (McLean, Virginia). The metro area has 75 tech employees per 1,000 jobs, good for fourth in our analysis, and median tech income, $106,917 annually, is also fourth. That said, it also ranks as the sixth least-affordable metro.

With Google planning on opening a new campus, and IBM and computer hardware-maker Seagate already in the area, the Boulder metro area ranks fifth in our analysis with 74 tech employees per 1,000 jobs. Though it has the most tech jobs of any metro area in the Centennial State, it also has in the southeast the Denver-Lakewood-Aurora metro area, where tech workers will find a higher annual median salary, $98,391 to Boulder’s $95,091.

The other Silicon Valley metro area in the top 10, San Francisco-Oakland-Hayward is home to some giants — Facebook, headquartered in Menlo Park, YouTube in San Bruno and Pixar Animation Studios in Emeryville. The area doesn’t rank far behind San Jose-Sunnyvale-Santa Clara in any of the metrics in our analysis: it’s sixth with 73 tech employees per 1,000 jobs; second for median annual salary, $115,477; and second for median gross monthly rent, $1,757.

The region around Texas’ capital is home to no shortage of tech companies — Apple, Dell, Samsung — and it also has its own vibrant startup scene (SXSW, anyone?). The area ranks ninth with 62 tech employees per 1,000 jobs, but the median annual tech salary lags a bit compared with others in the top 10 at $93,039.

For more resources, check out NerdWallet’s Moving and money: A financial guide for relocating.

We calculated the tech jobs score for each of the 381 largest (with populations over 50,000) U.S. metropolitan statistical areas based on population estimates in the U.S. Census American Community Survey (ACS). Here are the data analyzed:

Tech employees per 1,000 total jobs are 50% of the score. Data are from the Bureau of Labor Statistics May 2016 Metropolitan and Nonmetropolitan Area Occupational Employment and Wage Estimates.

Annual median wage for tech jobs is 25% of the score. Data are from the BLS May 2016 Metropolitan and Nonmetropolitan Area Occupational Employment and Wage Estimates.

Andrew L. Wang is a former content strategist and small-business writer for NerdWallet. His work has appeared in USA Today and on CBSNews.com. Read more