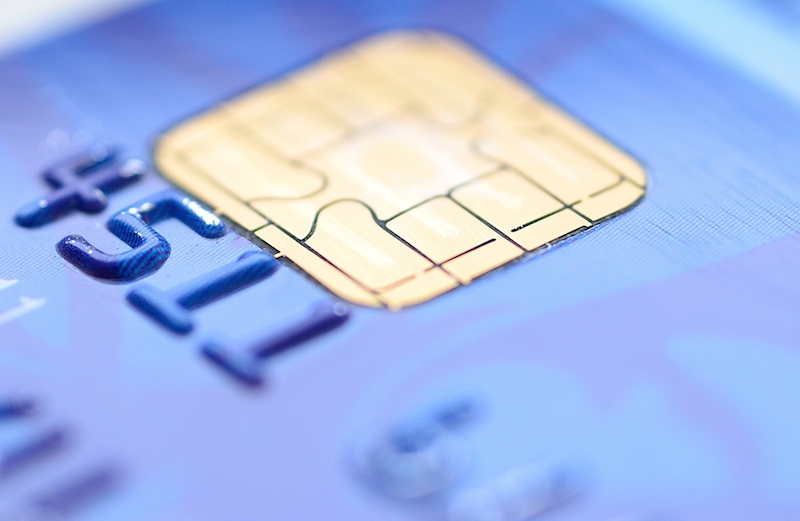 The big move to EMV credit card technology has begun in the United States after much delay and fanfare. By way of a quick review, EMV technology involves credit cards that have a microprocessor embedded in the card itself. There’s a contact plate on the front of each card, and the chip itself is in a tiny hole behind the plate. When the card is inserted into a terminal, the contact plate allows the chip to connect to a reader. It’s that point of contact where the chip gets power and is able to talk to the terminal. Data and security authentication then occurs.

The upside: EMV is more secure when it comes to protecting data than the magnetic strip, which can be “skimmed” by thieves. There are pros and cons to EMV, but the cons aren’t discussed much.

The move to EMV is expensive

The big downside is that migrating to is going to be enormously expensive. Issuers and merchants will take the biggest hits. Merchants will have to purchase new terminal and POS systems, which won’t be cheap. It’s a lot easier to use a magnetic strip machine, which are durable and cheap, given their commodity status. Because EMV terminals are new, but not yet commoditized, they will be pricey. Some estimates put the number of new POS terminals at 15 million, which may cost as much as $7 billion to replace.

Then there’s the cards themselves – more than 600 million credit cards and 500 million debit cards will become extinct. That may cost some $1.4 billion. Oh, and don’t forget the 350,000 ATMs that will have to be junked, too. They have to be able to read, accept, transmit and receive data. That’s another $500 million.

Data transmission is going to become a lot more onerous. EMV transmits a lot more data than a magnetic strip, so issuers will need to update their transmission and data processing.

And then there’s the privacy thing. Theoretically, your card can become a wireless informant on your whereabouts and activities. Wireless capabilities may also mean that high-tech thieves will be able to grab that data, even if it’s encrypted.

There’s another problem, and that regards the transition to this new technology. See, it’s not going to just happen overnight. It won’t be that everyone has magnetic strips one day and then EMV the next. No, it’ll take years, which means merchants and issuers and banks and everyone in between will have to be able to handle both systems for quite some time.

You and I won’t notice much difference. Once EMV is fully in place, we may have to enter a PIN number for each charge, just as we do at ATMs. Other versions will allow us to just tap the card face to the terminal.

Bottom line: In the grand scheme of things, considering the $8 billion in credit card fraud we see annually in the United States alone, the $8 billion or so that the entire program will cost is probably a small price to pay.