» This page is out of date

When you ask the Nerds who carry the Premier Rewards Gold Card from American Express why they like it, they’ll tell you about its generous travel rewards and simple-to-use benefits.

“I use it for 90% of what I do,” says Nonso Maduka, who leads business strategy for NerdWallet’s education team. Once, he used the card to travel to Nigeria to visit his extended family.

Kirsten VerHaar, one of the lead editors on NerdWallet’s shopping team, redeemed her rewards for a last-minute family trip to Puerto Vallarta, Mexico, with just a click of a button. “It just went directly through American Express, and I was able to use the ticket. It was really easy,” she recalls.

The charge card, which has an annual fee of $250, earns 3 points per $1 spent on flights booked through airlines, 2 points per $1 spent at U.S. restaurants, U.S. supermarkets and U.S. gas stations, and 1 point per dollar spent on everything else. Unlike with a credit card, you have to pay it in full every month and it doesn’t come with a credit limit. There’s also a bonus for new cardmembers: Earn 35,000 Membership Rewards® points after you spend $4,000 on eligible purchases with your new Card within the first 3 months. Terms Apply. But you might be able to qualify for an even better deal with NerdWallet’s pre-qualification tool.

Why did you get the American Express® Gold Card? 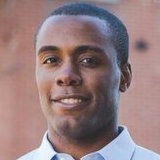 “It was pretty seamless. I just called them and asked, ‘Can I switch to this other card? I think it would fit me better.’ And they were like, ‘Yes, of course.’ The customer service was pretty good,” he says, adding that he got the new card within a week.

“It was really easy. I pay my monthly bill automatically through my checking account, and I didn’t even have to change anything on that,” she says.

Have you made any splurges or interesting purchases on the card?

Last year, Maduka used his card to pay for a flight to Nigeria to meet his extended family. It wasn’t exactly a “splurge,” he says, but it was one of the most memorable purchases he’s made.

“I was born in Nigeria but left when I was a baby, when I was 1,” he says, noting that he hadn’t ever been back. “When I was around the age of 15, I made this self-promise that I was going to go back before I turned 30.” But after finishing graduate school, he realized that his 30th birthday was quickly approaching, and he hadn’t yet planned his trip. So, he charged a trip to Lagos, Nigeria, on his card, and flew out a couple of weeks before his birthday to visit friends and extended family.

The trip was remarkable.

“It was an odd feeling of both unfamiliarity and familiarity at the same time. I understood the culture and the sounds and the mannerisms,” he says. “But at the same time, it had been a country I had never really been to in my adult memory, or seen.” He plans to visit more regularly in the future.

In addition to using her card for traveling, VerHaar remembers buying one of her favorite pairs of shoes with it last year. “They were really well-made, with beautiful leather and a scalloped pattern around the edge,” she says, noting that she thought about buying the shoes for about a year before charging them to her card at the Neiman Marcus in Union Square in San Francisco. They cost about $500.

“I’ve worn the shoes quite a bit, so I feel like it was worth it,” she says.

How do you redeem your points?

“I mostly use them on flying, for transferring to different mile partners,” Maduka says. “I fly Delta a lot, so I already had miles built up there. So I was just adding on.”

Transferring points to Delta’s loyalty program at a 1:1 ratio is one of the most valuable redemption options the card offers. Delta miles are worth an average of 1.8 cents each, according to NerdWallet valuations. 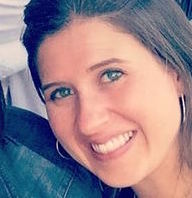 VerHaar recalls using her points to purchase a flight directly through AmEx to Puerto Vallarta for a family vacation. She hadn’t originally planned on going, but her schedule opened up at the last minute.

“It was the first time we had gone [to Mexico] as an entire family, and I didn’t want to miss it,” she says. The tickets were pricey, so she opted to book a trip directly through AmEx with the points she had accrued. It was worth it.

For Maduka, AmEx’s customer service is a big highlight. “It’s really easy to get in contact with them. If there’s an error, they’re really easy to work with,” he says.

He also likes how it’s structured. “I like the fact that it was a charge card, and I was just forced to pay it off every month. I didn’t really want to get into the habit of carrying a balance, which I think it’s very easy to do with a credit card,” he says.

“I tend to do a fair amount of shopping locally, at smaller stores that maybe don’t have an online presence, or boutiques that have more unique products. And they don’t have the ability to offer the same protections as maybe Macy’s would,” she explains. “So, I feel better about making those purchases with my card.”

“Now that I’m traveling less, I’m starting to question whether this is the best card for me,” Maduka says. He’s thinking about getting another card to cover everyday purchases. But he stresses that, for people who fly a lot, the American Express® Gold Card is still a good choice.

VerHaar doesn’t like paying the annual fee, saying, “But I think, at the end of the day, I make that up in rewards, so it’s not too big of a deal.”