» This page is out of date

The terms on the credit card featured in this article have changed, so this page is out of date. See our details page for the  Blue Cash Preferred® Card from American Express for the current offer.

Tracey Spenser, a copy editor at NerdWallet, says she’s not a credit card optimizer, but you wouldn’t know it from the laser-focused way she uses one of her cards, the Blue Cash Preferred® Card from American Express. This card’s reputation is built on its best-in-class cash-back rate at U.S. supermarkets and great rewards at U.S. gas stations. And that’s exactly where Spenser uses it.

“What drew me to this card is it has such high rewards for two specific things: groceries and gasoline,” she says. “Those are the only things I use this card for. I’ve never bought anything else with that card, and I probably never will.”

The Blue Cash Preferred® Card from American Express comes with a $95 annual fee, among the highest for any cash-back card on the market. But those who regularly spend in its bonus categories, as Spenser does, can wipe out the fee with rewards fairly easily and start generating profit. Plus, the card offers an introductory bonus that can make it essentially cost-free for a good long while.

How did you choose the Blue Cash Preferred® Card from American Express?

“I learned about it by reading NerdWallet, of course!” Spenser says. “I read our list of the best cash back cards.”

The Blue Cash Preferred® Card from American Express has long held a prominent place on that list for its rewards on everyday spending. Its 6% cash-back rate at U.S. supermarkets is good on up to $6,000 in spending annually; after that, supermarket spending earns 1% back. The card offers 3% back at U.S. gas stations and select U.S. department stores, with no cap on spending eligible for 3%. It offers 1% cash back on all other purchases.

Spenser doesn’t use it as an everyday card, but it’s not a bad choice for those looking for a single-card solution, assuming they spend plenty at gas stations and supermarkets.

Why don’t you like to use credit cards for most purchases?

Spenser works from her home in Seattle, where she lives with her teenage son. She says she carries just two cash-back credit cards and a handful of store credit cards — and takes care to use them sparingly. 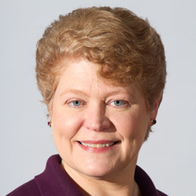 “I’m not totally opposed to using credit cards,” Spenser says. “I’ve just learned over the years to use them in a way that benefits me rather than penalizes me. I’ve been in that situation where I had high credit card balances and I was spending a lot of money on paying the interest. That means I can’t do other things with that money that I would enjoy better than paying credit card companies.

“Now I don’t carry balances, unless I have an offer for 0% interest on a certain purchase for a certain period of time. The credit cards I do use, I pay off every month. Typically I use a debit card for most purchases. That makes it easier for me to stay on my monthly budget.”

Why were you drawn to the Blue Cash Preferred® Card from American Express‘s rewards?

“I have a 15-year-old son, so obviously groceries play a big role in my life. Teenage boys can eat a lot. That 6% back on grocery purchases is a big discount off my grocery prices.

“Since I work from home now, my gasoline bill has come way, way down. Still, I figure 3% back on gas is better than a gasoline credit card, which I used to use.”

Do you have other cash-back credit cards?

“I’m actually fairly late to the whole concept of cash-back rewards cards,” Spenser says. “I got my first cash-back rewards card just last year. I had a couple of major purchases planned, and I thought, ‘Well, I don’t need to put them on a credit card. But if I do that, I can get a little something back.’ “

How do you usually redeem your rewards?

“Whatever rewards I earn I use as statement credits when I pay the bill. I don’t take the rewards as cash or merchandise. I put the rewards toward whatever the current balance is on my card. It’s like getting a discount on my groceries.”

American Express sends Spenser a weekly email alert called an Account Snapshot, which shows all her purchases for the week. Every Friday, she logs in to her account and pays off the card.

Since she never carries a balance, she doesn’t accrue interest — so why not pay the bill monthly? “It’s a good budgeting tool for me, to keep on top of it and not let it spiral up out of control,” she says.

How much have you earned in rewards?

“I’ve only been using it for three or four months. With the [introductory] bonus and rewards, I’ve probably gotten back about $250. I’ve got $91 of available rewards right now.”

Spenser says the introductory bonus on the Blue Cash Preferred® Card from American Express was one of the things that sold her. The current bonus: $250 statement credit after you spend $1,000 in purchases on your new Card within the first 3 months. Terms Apply.

Were you concerned about the annual fee?

Spenser says she read NerdWallet’s review of the card and learned that people who spend at least $31 a week at U.S. supermarkets will get enough back in rewards to make up for the annual fee.

“It was pretty much a slam dunk with a teenage kid,” she says.

There’s also a $0-annual-fee version of the card available, the Blue Cash Everyday® Card from American Express, but it offers lower reward rates: 3% at U.S. supermarkets (on up to $6,000 in spending); 2% at U.S. gas stations and select U.S. department stores; and 1% on all other spending. If you spend at least $61 a week at the supermarket, the Blue Cash Preferred® Card from American Express is the better deal.

Would you change anything about the Blue Cash Preferred® Card from American Express?

“Not so far,” Spenser says. “I only use it for these very narrow purposes and never carry a balance. It’s worked perfectly for me so far.

“I have to buy groceries,” she adds. “I might as well get something out of it besides food.”