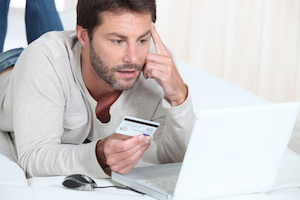 Credit card companies are always coming up with new ways to convince us to use their products. It can be hard to figure out which promotions are worth pursuing and which ones we should ignore.

For example, the Priceless campaign from MasterCard is gaining traction. But is Priceless a good reason to get a MasterCard? Let’s dig into the details to find out.

A good commercial can do wonders for a company, and MasterCard struck gold in 1997 with the Priceless ad campaign. The first Priceless commercial featured a father and son at a baseball game. Its brief storyline established the Priceless message: The things we buy with our cards may seem trivial, but the experiences they produce are “priceless.”

The popularity of the ad served as a springboard for a whole series of MasterCard commercials that many Americans still remember.

In 2010, MasterCard began transforming Priceless from a popular ad campaign into a customer-experience platform. For example:

Priceless Cities – Launched in 2010, Priceless Cities gives MasterCard users access to exclusive local events. Shopping, dining, entertainment, sports and travel experiences are available to users through the Priceless Cities online platform. The site functions a lot like Groupon: You log into the site for the city you’re interested in, browse offers and purchase the ones you like. Sometimes you get a discount by using the Priceless Cities site. But most of the time you simply get access to an event or item that isn’t readily available.

At the time of this writing, Priceless Cities operates in four U.S. cities: New York, Miami, Los Angeles and Chicago. Worldwide, Priceless Cities spans 110 countries, and new cities are added all the time. Hong Kong, the Bahamas and Rome have already been added for 2014, with several more destinations expected by year-end.

In January, for instance, a cardholder was surprised at home by a visit from Justin Timberlake. On Valentine’s Day, some card users were surprised with the chance to skywrite a message to their special someone. As of April, the company has awarded more than 30,000 large and small surprises.

The Nerds were curious about what else MasterCard has in store for Priceless, so we reached out to the company. We spoke to representative Sarah Ely, who told us, “As we look at our strategy for Priceless in 2014 and beyond, we are looking through the lens of three core pillars: access and experiences, offers and rewards, and doing good. But central to this is making sure Priceless remains relevant, innovative, accessible and engaging.”

We think this means that Priceless Cities and Priceless Surprises will continue to expand. We also expect to see more interest-specific initiatives (like Priceless Golf) and special access for MasterCard customers to company-sponsored events.

Should you get a MasterCard to take advantage of Priceless?

While the Priceless program might be of value to some users, it’s not a good reason to go out of your way to get a MasterCard.

For one thing, you need to fit a specific profile to get good use out of Priceless Cities. This program is intended for a high-income urban crowd. If this doesn’t describe you, you may find the featured offers expensive and inconvenient.

The same is true for Priceless Golf. Unless you’re willing to shell out big bucks and travel frequently for your favorite sport, you probably won’t find the program worthwhile.

For another thing, Priceless Surprises are exciting, but they’re just that: surprises. There’s no guarantee you’ll get one, so it’s probably not worth getting a MasterCard just to be entered for a Priceless Surprise.

That said, for some people there’s no reason not to get a MasterCard. If you expect to capitalize on Priceless Cities or Priceless Golf regularly, you can uses these programs as a tiebreaker to decide between two cards. Just make sure you apply for a card from an issuer that also provides a solid rewards program. Priceless is cool, but you’ll probably use travel rewards or cash-back more often.