If a driver without insurance hits your vehicle, you could be on the hook for big medical and repair bills — unless you have uninsured motorist coverage.

Uninsured motorist insurance and its companion, underinsured motorist coverage, spare you from shelling out your own money for injuries or property damage from crashes you didn’t cause. In some states this coverage is required, but you can get it in others. Generally, it doesn’t cost much to add to your auto policy. Here’s what else to know.

An uninsured motorist is exactly who it sounds like — a person without liability auto insurance. When you’re in an accident and the other driver is at fault, their insurance is supposed to pay for your car repairs and medical costs for you and your passengers. If the other driver doesn’t have insurance and can’t pay, you can wind up holding the bill.

The same thing can happen when you’re in an accident with an underinsured driver. Underinsured motorists are drivers who have insurance, just not enough to pay for all the damage they’ve caused.

Uninsured/underinsured motorist coverage is designed to fill the gap between your costs and the other driver’s ability to pay.

There are two types of uninsured and underinsured motorist insurance:

State requirements for these coverages vary, and you may be able to buy them separately. Some states require UMBI coverage only, while UMPD is optional. In other places, both are either optional or mandatory.

Health insurance will pay for medical treatment after a wreck. However, if the at-fault driver has auto insurance and you receive any reimbursement for injuries, your health insurer may demand a portion of it. This is true even if the claim check doesn’t cover your out-of-pocket expenses, because your health insurer likely expects the person who caused your injuries to pay the resulting medical bills.

With uninsured and underinsured motorist coverage, your auto insurance will cover your out-of-pocket medical expenses, up to your policy’s limits, even if the at-fault driver can’t pay.

Drivers in 18 states and the District of Columbia are required to carry uninsured motorist coverage. Car insurance isn’t mandatory in New Hampshire or Virginia, but if drivers in either state purchase it, policies must include UMBI. In other states, you may be required to reject the coverage in writing if you don’t want it.

Even if uninsured and underinsured motorist coverages aren’t required where you live, there may still be good reason to have the extra security they provide. Roughly 13% of drivers nationwide — or about 1 in 8 — drive uninsured, according to a 2017 study by the Insurance Research Council, the most recent data available.

Since uninsured motorist coverage may pay out if you’re hit by an underinsured driver, it can also be useful if you’re hit by someone with minimum required car insurance. In many states, minimum liability limits for bodily injury are $15,000 or less — injuries after a bad crash could easily exceed that amount.

» MORE: Car insurance quotes: What you need to know

The cost of uninsured motorist coverage

Still, uninsured and underinsured motorist insurance is cheaper than liability coverage when purchased in the same amounts — generally less than half the cost. 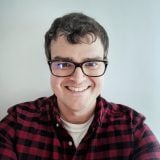 Andrew Marder is a NerdWallet authority on insurance. Over more than a decade, he's worked in everything from banks to tech startups. Read more