The Apple Watch Series 2 and the Fitbit Flex 2 are both second-generation, waterproof fitness wearables, but that’s about where their similarities end. The Apple Watch comes with considerably more features, but it’s much more expensive and requires you to have an iPhone. The Fitbit Flex 2 provides simple activity-based tracking at a lower cost.

So how do you choose between the two? We put the Apple Watch Series 2 head-to-head with the Fitbit Flex 2 to help you decide.

The Apple Watch Series 2 has activity-tracking features that rival the Fitbit’s. It’s also an advanced smartwatch with an iPhone-esque operating system. The Flex 2, on the other hand, is strictly an activity tracker, but it’s much more affordably priced.

The differences begin with appearance. The Apple Watch Series 2 looks similar to the original Apple Watch. It features an OLED Retina display that’s responsive to touch and connectable to a variety of replacement bands. Consumers can choose among watch cases made of aluminum, stainless steel and ceramic.

The Fitbit Flex 2 has a slim band with a removable tracker that can be placed into interchangeable accessories like necklaces and bracelets. The standard band measures just 0.44 inch thick and lacks a screen display. Instead, it contains LED lights that illuminate when wearers receive a text or accomplish a fitness goal.

Perhaps the most coveted feature they share: They each boast a swim-proof design, so they continue working as you move from the street into the pool. Both are water-resistant up to 50 meters deep, or about 160 feet. 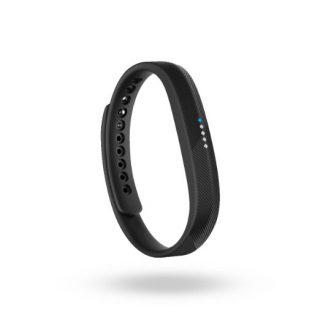 Apple Watches aren’t strictly for athletes, but what the Apple Watch Series 2 and the Fitbit Flex 2 have in common is their workout-oriented features. Here’s what you’ll enjoy with either device:

Apple ups the ante with more sophisticated features, including:

The Fitbit Flex 2 is the clear winner in at least one important area: battery life. The tracker can function for up to five days between charges, depending on usage. Fitbit recommends charging your device, which takes one to two hours, every few days.

The Apple Watch Series 2 has a battery life of up to 18 hours after an overnight charge, depending on usage. This accounts for 90 time checks, 90 notifications, 45 minutes of app use and a 30‐minute workout with music playback from Apple Watch via Bluetooth.

The Apple Watch 2 requires an iPhone 5 or later in order to function. The Fitbit Flex 2 can sync with over 200 leading iOS, Android and Windows devices. 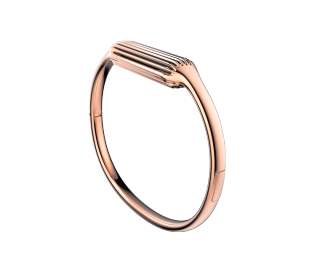 For the latest and greatest in wearable technology, go for the Apple Watch Series 2. You’ll get much more than the Fitbit Flex 2 offers, and if you’ll be using your watch daily, you’ll likely find that the benefits and convenience justify the cost. Just keep in mind that you need to have an iPhone nearby.

If, on the other hand, you’re looking for a straightforward tracker — or you’re an Android user — we recommend the Fitbit. It gives you the activity-tracking essentials you want for less than $100.