Fitness fans at all levels will find a lot to love with both the Fitbit Charge 2 and the Apple Watch Series 2. Both trackers are sleek and well-designed and can record your workouts and monitor your heart rate. If you get lost, the GPS in either model can get you back on track.

But while the two have some similarities, there are also quite a few differences, starting with the price. The Apple Watch Series 2 starts at $369, while the Fitbit Charge 2 starts at $179.95.

If price isn’t an issue, how do you choose? We put the two to the test to help you decide which one is right for you.

The Apple Watch Series 2 is much more than an activity tracker. It’s a smartwatch that lets you answer calls, read texts and change the face to fit your mood. The Fitbit Charge 2 gets down to the business of fitness, and you can also get alerts from your smartphone. 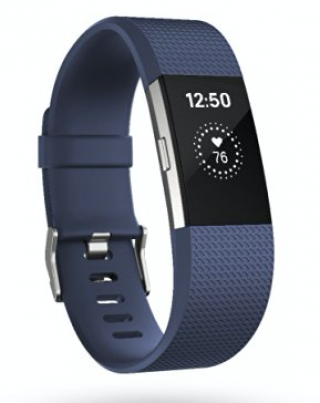 The most obvious difference between the trackers is their appearance. The Apple Watch Series 2 looks like the original Apple Watch, featuring a square, touch-responsive OLED Retina display. The tracker comes in colored aluminum, black or silver stainless steel and white ceramic. Band choices range from a simple sport style to lush leather.

The successor to the Fitbit Charge HR, the sleek Fitbit Charge 2 is more streamlined than the Apple Watch, even with an OLED display that’s four times larger than the previous version. The screen isn’t touch-sensitive, but its bigger size means it’s easier than ever to read the time, your heart rate or an alert letting you know your mother has texted. You can change the Fitbit’s band to match your mood or outfit.

Both the Fitbit Charge 2 and the Apple Watch Series 2 have many features to help you become more fit. Both will:

Advantages of the Apple Watch Series 2

Advantages of the Fitbit Charge 2 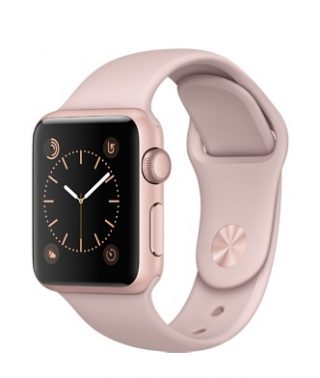 The Apple Watch Series 2 works with an iPhone 5 or later. The Fitbit Charge 2 is compatible with iOS, Android or Windows devices.

Which one is right for you?

Both of these trackers have a lot going for them. If you’re an Apple devotee with a yen for the latest tech and a love of swimming, the Apple Watch Series 2 is the only choice. If you’re more motivated by results and don’t need a lot of techy extras — and would be happy to save a few bucks — the Fitbit Charge 2 is a solid option.