At-home virtual reality has shifted from a futuristic concept to a tangible reality. And there are now multiple devices that allow you step from your living room into another world, including the Playstation VR and the second-generation Samsung Gear VR.

The PlayStation VR is currently sold out, but the Samsung Gear VR is available. Is it worth waiting until the PlayStation VR is back in stock, or should you pick the accessible and less expensive Gear VR? Take a look at our comparison of these models before you decide.

The headsets: At a glance

The PlayStation VR and Samsung Gear VR headsets both resemble thick pairs of goggles and fit securely around your head and eyes. Both are padded inside for added comfort — but beyond that, their looks differ.

The PlayStation VR is a black and white device with blue LED lights. It fits like a visor, using an extendable rim rather than a strap. Weighing in at 1.3 pounds, it might feel cumbersome to some users after prolonged wear. The less bulky Gear VR weighs 0.8 pounds. It’s a mixture of black and dark blue, and a head strap keeps it in place.

Perhaps the most significant difference: The Gear is wireless and therefore portable, and the PlayStation VR isn’t. The PlayStation VR connects to PlayStation 4 consoles via a cable, which has an in-line control panel with power, volume and microphone buttons. Buttons and the touchpad control are situated on the side of the Gear.

These virtual reality devices each use small screens to visually transport users into video games, videos and pictures. PlayStation VR and Gear VR wearers who prefer a social experience can play and share select virtual reality content with other users. Here’s what else the gadgets have to offer. 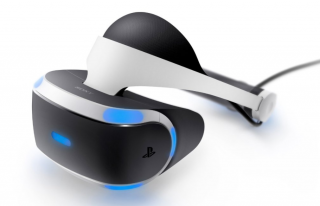 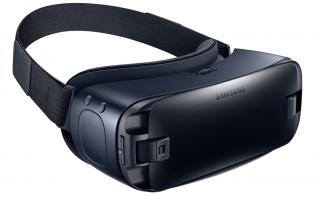 Unlike the PlayStation VR, the Gear VR’s screen isn’t specifically designed for virtual reality. It uses your smartphone, which attaches to the device’s micro USB connector, as its display. Select Samsung Galaxy phones — the S7, S7 edge, Note5, S6, S6 edge and S6 edge+ — are compatible, as is the optional Gear 360 camera, which captures your own 360-degree images and video for the headset. The Oculus-powered Gear VR has a 101-degree field of view, and each eligible phone has a 2560×1440 Super AMOLED display.

These devices are meant for gameplay, but you can also use them to view photos, videos and even stream movies from apps including Netflix.

Both offer a wide selection of content. You can access game and video libraries for the Gear VR from the Google Play and Oculus stores. PlayStation VR content is available from the PlayStation Store and several third-party retailers. PlayStation and Samsung each promise to add new games and experiences periodically.

PlayStation fans will find familiar titles to help them transition from console gameplay to the PlayStation VR, such as “Resident Evil” and “Star Wars Battlefront.” The Gear VR’s collection consists of simpler mobile versions of games such as “Minecraft.”

Price might be the deciding factor, because the PlayStation VR is quadruple the cost of the Samsung Gear VR. The Playstation VR’s headset starts at $399.99, and the Launch bundle — which comes with extras including the PlayStation Camera — costs $499.99.

Note that the required PlayStation 4 system is sold separately, and the camera isn’t included with the basic headset. At the time of this writing, the basic headset is only available at marked-up prices from third-party sellers on Amazon, and the Launch bundle is entirely out of stock. Follow PlayStation on social media or enter your email address on the website for updates.

The Samsung Gear VR is listed at $99.99, but you might find it for less on Amazon. The optional Gear 360 camera isn’t included, and if you don’t already own a compatible phone, that’s another cost to consider. However, we’ve seen the Gear VR for free with purchase of a Galaxy phone in the past, so keep your eye out for promotions at Samsung and major cell phone carriers, such as Verizon and T-Mobile.

The Samsung Gear VR is a practical option for first-time virtual reality users thanks to its low price, minimal components and ease of use. It’s a fun, convenient smartphone accessory, and its wireless design gives users the freedom to take it on the go. However, it’s compatible only with select Samsung Galaxy smartphones.

If you already have a PlayStation 4 system, the PlayStation VR might be the more enticing choice. Its camera enables a greater interactive experience for more serious virtual reality enthusiasts. If you can stomach the $400 price tag, you’ll get better performance and more sophisticated games. Just note that the tethered device isn’t easily transportable.