Americans with future student loan debt would pay more money each month for their federal loans under President Donald Trump’s student loan plan than when enrolled in the most widely available income-driven repayment plan, Revised Pay As You Earn, according to an analysis by NerdWallet.

However, compared with current repayment plans, Trump’s proposed income-driven plan could forgive loans sooner, which would benefit borrowers at lower income levels, according to the analysis.

» MORE: Is income-driven repayment right for you?

Trump’s 2020 budget plan includes a proposal to cap federal student loan repayment at 12.5% of a borrower’s discretionary income — the funds, as calculated by the federal government, that are available for saving or spending on nonessential expenses.

Currently, there are four federal repayment plans that calculate student loan bills as a percentage of the borrower’s income. Trump’s proposal can be most closely compared with Revised Pay As You Earn, or REPAYE, the most widely available plan. Under this plan, repayment is capped at 10% of a borrower’s discretionary income.

» MORE: How is income-based repayment calculated?

If approved, the Trump administration’s budget proposal would apply to loans borrowed on or after July 1, 2020, but it wouldn’t include current students who need to borrow to finish their course of study.

What is income-driven repayment?

The standard repayment plan for federal student loan borrowers is monthly payments over 10 years — the fastest path to pay off loans. But for borrowers struggling to make payments, there are other options, including income-driven repayment plans. This option caps monthly payments at a percentage of a borrower’s discretionary income, typically 10%. These plans increase the length of loan payments to 20 or 25 years.

Another repayment option — one best suited for borrowers with high incomes and strong credit scores — is student loan refinancing, which combines multiple federal loans into a new private loan with a lower interest rate. However, borrowers lose out on some protections, such as federal loan forgiveness.

To compare Trump’s plan to REPAYE, NerdWallet calculated repayment scenarios for borrowers at three annual income tiers: $20,000, $30,000 and $40,000, while also accounting for a decade of year-over-year income growth.

We assumed each borrower has a student loan debt load of $28,650, the average for the class of 2017, according to The Institute for College Access and Success. We assumed 85% of the $28,650 debt was federal loans with an annual percentage rate, or APR, of 3.9%, based on data from The Institute for College Access and Success and the U.S. Department of Education. Only federal loans qualify for income-driven repayment.

Given the different income caps — 12.5% for Trump’s proposal and 10% for REPAYE — in every income scenario, borrowers would pay more each month under Trump’s plan than when enrolled in REPAYE. For example, borrowers earning $20,000 a year would pay $6 more every month, on average, with Trump’s plan versus REPAYE. Those who would see the most change would be borrowers with incomes of $40,000, who could expect to pay $43 more a month, on average, under Trump’s proposal.

Forgiveness under REPAYE vs. Trump’s plan

Most income-driven repayment options forgive remaining student debt after 20 years of regular payments. Borrowers enrolled in REPAYE who have graduate loans see forgiveness after 25 years. Borrowers in these repayment plans must also pay income tax on the amount forgiven.

In Trump’s budget proposal, the loan forgiveness timeline would be shortened to 15 years of full payments for undergraduate loans, but extended to 30 years for those with graduate student loans. Trump also proposed to end the Public Service Loan Forgiveness program, which enables borrowers to eliminate their federal loans by working for at least 10 years in qualifying fields.

Amount of time to pay off federal student loan debt

But REPAYE enrollees without graduate student loans would have to pay off the debt for five years longer than on the Trump plan. Accounting for interest, borrowers will pay more, on average, for federal student loan debt with REPAYE than with Trump’s plan at any income over the life of the loans.

Borrowers earning $30,000 will pay the most on REPAYE versus Trump’s plan: $3,280 more over the life of the debt. By comparison, those earning $40,000 would pay $1,237 more while enrolled in REPAYE than with Trump’s proposal. That’s because those who make $30,000 would take longer to pay off debt and incur more interest while making those payments than a borrower with an income of $40,000, who can repay loans sooner.

Even though REPAYE caps payment at 10% of a borrower’s discretionary income, there’s no limit on the amount of a monthly payment — as income goes up, the borrower’s payment will also increase. REPAYE isn’t the best option for married couples, since both incomes determine the monthly loan payment — even if each spouse files taxes separately. Those borrowers should look at the Pay As You Earn, or PAYE, plan instead.

» MORE: PAYE vs. REPAYE: How to choose

In total, the Department of Education offers four income-driven repayment plans. The Federal Student Aid Loan Simulator can help you determine the best option for you.

It’s free to sign up for income-driven repayment on studentloans.gov or with your loan servicer, but you must reapply every year. Under all income-driven plans, any remaining balance on your loans at the end of the term is forgiven.

We assumed each borrower had student loan debt of $28,650, the U.S. average for the class of 2017. Data are from The Institute for College Access and Success.

We assumed each borrower had debt that was 85% federal and 15% nonfederal. Data are from The Institute for College Access and Success.

We assumed each borrower had a 3.9% APR for federal debt and 9.0% for private debt. Data for the APR of federal loans are from the Department of Education. 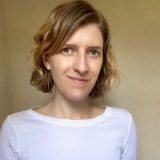 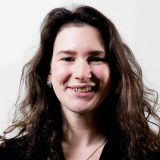