Mortgage rates moved incrementally higher over the past week but are still treading in the shallow sub 4% water. And those favorable rates — along with a shortage of home inventory — are pushing house flipping to its highest level in two years. 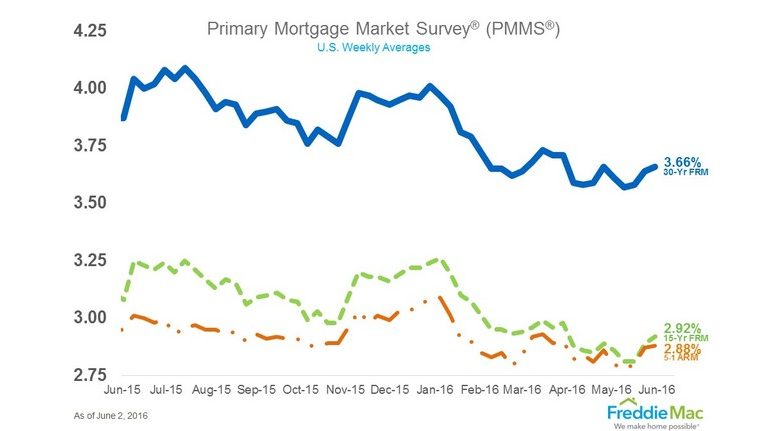 “Since jumping 11 basis points on May 18th, the 10-year Treasury yield has leveled off around 1.85%. Mortgage rates continue to adjust to this new level with the 30-year fixed rate inching up another 2 basis points this week to 3.66%,” Sean Becketti, chief economist for Freddie Mac, said in a news release. “Recent statements by the Fed appear to have persuaded the market that a rate hike may come sooner than later. However, the market is fickle, and Friday’s employment report has the potential to swing opinion 180 degrees in the other direction.”

Meanwhile, mortgage application volume fell 4.1% from one week earlier, according to the Mortgage Bankers Association report for the week ending May 27, 2016.

Purchase applications were down 5%, as refi applications sagged 4%. Overall, home purchase loan applications remain 28% higher than the same week one year ago.

Fans of HGTV know that it takes a bit more than a fresh coat of paint and some clever home staging to flip a house for profit. But house flipping — considered two arms-length sales within a 12-month period — rose to a two-year high in the first quarter of 2016.

RealtyTrac examined property sales in 950 counties, representing more than 80% of the U. S. population, and found 6.6% of all single-family home and condo sales were flips.

“In the first quarter, 71% of homes flipped were purchased by the home flipper with cash — compared to only 37% who purchased with cash at the height of the flipping boom,” Daren Blomquist, senior vice president at RealtyTrac, said in a news release. “Spending their own money rather than other people’s money is keeping flippers conservative. On average, they are buying the homes they flip at a 27% discount below full market value and selling them at a 6% premium above full market value, helping to deliver strong flipping returns on average.”

Homes flipped in the first quarter yielded an average $58,250 gross profit — nearly a 48% return on the original purchase price.